This happened 3 days ago. I became the first and only Diamond Elite in the UK!😳

It has not fully sunk in yet. I'm still going over the past 11 months & 2 weeks in my head.

Early March last year I struggled with the decision to leave the company I had only been with for 5 months and join Rain International. I did not want to be seen as a jumper. I spent too much time wondering - what would people say?🤔

Hmmm, I decided to listen to my own advice - Peoples' opinion don't pay my bills. I had bills to pay and I had to find a way to build a business that would pay my bills plus give me lots of extra income.

Actually, it needed to be a vehicle to make me wealthy. I had decided years ago that for me to accomplish the dreams and goals God has laid on my heart, I have to be wealthy.

So, I knew the right company, with the right products at the right stage of their growth with management and leadership I could trust who share similar values as me, was the way to go - Rain International became that vehicle for me.

I remember reaching out to a lot of people. I had written down names of those I KNEW for a fact would join me. Oh dear, I got let down over and over again.

With no power leg, no big team coming with me. I began to build from scratch. I kept telling myself, Shayo, you've done this before, you can do it again. Build with heart, build with love, be honest and true, be a woman of integrity, fight for your people, go to war for them, be passionate about changing their lives. Your People will come and they will stay.

And they began to come. By my 5th month in Rain, we had surpassed 1,000 partners & CUSTOMERS. You see, our numbers by month 5 was very important to ME. I needed to prove to myself that I made the right decision FOR ME. By the time I left my previous company to join Rain International, I had been there for 5 months and our team was 150 STRONG. However, here, 5 months with Rain and we had gone past 1,000🙌🏾🙌🏾🙌🏾

I kept the faith, I surrounded myself with people that already have what I wanted, I submitted myself to learning from these people. I worked hard. I really did. People joke all the time that Shayo doesn't sleep.

Well, I do sleep. Just not when everybody sleeps. I learnt something from an old mentor of mine, he says there would never be anyone on his team who works harder than him. Well, I adopted that too. Definitely you could be more skilled, smarter and more talented, but you could never out work me!

The team began to grow, and then I attended some life transforming events towards the end of last year. Frazer Brookes event in November and Eric Worre's event in December. I ended 2018 with a resolve to become extremely successful in my business; I would attain the rank of Diamond Elite within the first quarter of 2019.

My boss, Dino Nedelko and my diamond Marina Mursic Cvmd believed it. They both kept on saying it will definitely happen. The truth was, I did not see "HOW". Again I remembered the saying that when your WHY is BIG enough, the HOW will manifest. Oh boy was my WHY big!!! It was humongous and still IS.

So we kept on going day after day, night after night. I decided to do things differently beginning of JANUARY. I made 1 tiny CHANGE. Be consistently consistent every single day! Eric Worre said when giving the closing speech at his event last December, that if you choose to become consistent and focus on building your business every single day for the next 12 months, you will change your life.

I told myself - Shayo, you can do IT. Just focus & be consistent for the next 12 months. Well, 90 days later - I achieved what I never thought was possible in less than a year!!!

I am full of gratitude to God who gives us many chances. He gave me another chance with Rain International and I am not going to blow it!

To my #DreamBuilders family, again I say UBUNTU - I am, because we are! You could have joined another team, but you chose us, you chose me. It is an absolute honour to serve you.🙏🏾🙏🏾
Now that we've achieved the impossible, we will begin to DUPLICATE. We will be known as the #DiamondFactory.

To my family, friends, supporters and non-supporters, Thank you.😘😘 I needed your support and lack of to push myself harder. I had to prove to myself that I made the right decision, 11 months & 2 weeks ago and I HAVE!!!

Thank you Rain International - Byron, Russ, Aaron and all the owners and management for giving us a vehicle to help make our dreams come true.❤❤

If you've read this far. Thank you.
Please take these away from yet another chapter of this beautiful story of my life that is unravelling before my very eyes.

⏩ Nothing is impossible.
⏩ If you focus and remain consistent you will achieve ANYTHING.
⏩ You must see it in your MIND first, before you can hold it in your hands.
⏩Surround yourself with people who are better than you, who have what you want and do as they do!

The journey has only just begun!!! We will change hundreds of thousands of lives both physically and financially through RAIN INTERNATIONAL!!!🙏🏾🙏🏾🙌🏾🙌🏾🙏🏾🙏🏾 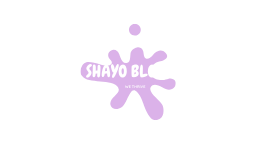